One in Another (Englisch) One in Another
or „The Donation of the Musician“

What would you do if a good, longtime friend asked you a favour? If, after a really incredibly difficult, painful life he would like to write a book about precisely this life, asking you for help, just because he knows you can write somehow and you just enjoy writing?

I said I would immediately, given the dramatically serious situation of my friend, whose name is on a transplantation list since 2015. He is waiting for a new pancreas, and just like so many people in similar situations he doesn’t even know if he will survive the upcoming operation. He did survive more than 40 operations before, but will he be able to live after this one? The question is how to write about suffering, without scaring off the readers immediately.

Together we have been thinking about a way to approach this subject. The result is a spiritual story, based on a true life story, which is entangled nonetheless with the life of a fictitious organ donor, a classical musician. We can’t forget the absurdly painful thought that for every transplant operation there has to be somebody who donates an organ and just like with the other organs, a pancreas will move from one into another. This is from where the title of the book evolved „One in Another“ or the Donation of the Musician.

The story doesn’t only contain biographical parts, but also parts full of music, magic and lightness. It starts after the transplant, when the main character suddenly discovers something magical… 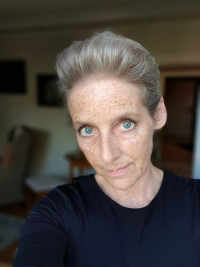